Guana Island is an island of the British Virgin Islands in the Caribbean. One of the few remaining privately owned islands in its part of the world, Guana has seven white powder-sand beaches and 850 acres (3.4 km2) of tropical forest, mountains, hills, and valleys. The island is mostly natural preserve and has a small resort

In the 18th century, two Quaker families came to Guana as part of what was called "the Quaker Experiment" which lasted for about forty-five years in the BVI. They used African slaves and cultivated sugar cane. When they were recalled to the United States and England, they left behind two cannons still on Guana today. Archaeologists have extensively studied the Quaker ruins and have also unearthed older artifacts that give insight into Guana's earlier Amerindian history.

Beth and Louis Bigelow of Massachusetts purchased Guana in 1934. With the help of local men they built six stone cottages and developed a reputation as creative pioneers. Their guests - professionals, intellectuals and world travelers - came for months at a time, attracted to the simple but rich life

For guests who have an interest in science and nature, Guana provides an unparalleled opportunity to experience and participate in serious scientific exploration while enjoying deluxe accommodations and fine dining. Since taking ownership of Guana in 1975, Henry and Gloria Jarecki have succeeded in creating a truly one-of-a-kind, upscale Caribbean retreat while preserving and profoundly enhancing the island’s biodiversity.

Guana Island - A private Island in the british Virgin Islands

Visit Guana Island
Book your trip today...
Thank you! Your submission has been received!
Oops! Something went wrong while submitting the form.
CALL OUR TEAM ON
01689 87 33 44 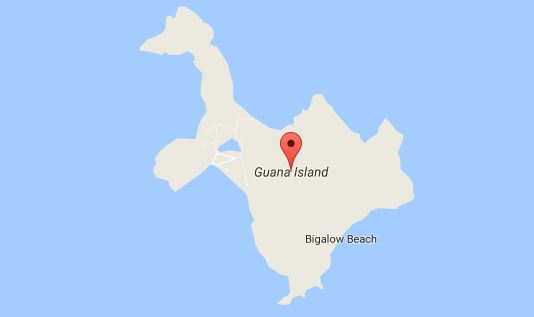